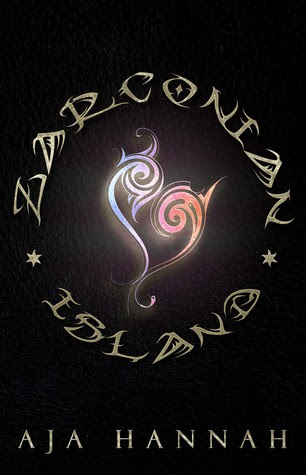 300 or so years ago, Atlantis sank and all the inhabitants, Zarconians, were thought to be dead.  However, some Zarconians did survive, and now they hide their mystical heritage (and super human abilities) from the world.

Attie Hotep is sent with the best and brightest from her high school in Maryland on a boat trip to Hawaii.  But once on the boat, Attie notices that strange things are happening, and her Zarconian blood is telling her that she is in danger.  When giant whales attack the ship, Attie, her best friend, two boys (her nemesis and his quiet but nice friend) and one other girl from her school manage to get to a deserted island.  Stranded on the island, the kids learn how to survive while they await rescue, but this island isn't just deserted, it's prehistoric.

I loved this book! It was action-packed from the get go.  It's a little bit LOST, a little bit Cast Away. Attie is a very smart, strong character.  Sometimes she's too strong, so you have her best friend to balance that out.  Then there's the brooding Doug.  He keeps following Attie around and making sure she's ok but his best friend is Attie's nemesis and a complete jerk so she's hesitant to get to know him.  Of course, he's totally gaga for her and so sweet.  Loved this pairing.  And of course, Doug's got his secrets, too...

The island and its inhabitant were described so well.  The author was able to describe the various prehistoric animals in such a way that I could totally picture them.  I even looked one up online and the rendering was exactly as Hannah had described.  There is so much action - from the boat capsizing to fighting the prehistoric creatures to trying to get drinkable water - that the pages just flew by.  My favorite part was the end.  It was just great!  I never saw it coming (love that) and it was all action.  Totally great book from Ms. Hannah.  Looking forward to reading more!
Posted by Sus at 3:33 PM